A New England Tall Ship that has been sailing along the Southeastern Connecticut coast for the past 54 years is now headed to California and will soon be calling the Channel Islands Harbor in Oxnard home. Weather permitting, the Cruzar is expected to arrive in mid January.

The Mystic Cruzar (formerly known on the East Coast as the "Mystic Whaler"), will be a welcome attraction for residents and guests of Ventura and surrounding counties. While we have had visits from Tall Ships in the past (most recently in early 2019 at the Ventura Harbor), this will be the first time we've had one become a permanent fixture.

About the Mystic Cruzar

The ship was built in 1967 and has since offered one and multi-day sailing trips out of Mystic, Connecticut. It has also offered various themed cruises as well as environmental education programs.

The Mystic Cruzar is certified by the Coast Guard to hold 50 passengers plus 10 crew. In 2006, the schooner relocated to the "City Pier" in New London, Connecticut. where it has been a fixture of the city.

The ship is a reproduction of a late 19-century coastal cargo schooner with 3,000 square feet of sail and a diesel engine.

The Mystic Cruzar will become the third registered Tall Ship in California once it arrives. The other two are the "Swift of Ipswich", which is a schooner owned by the Los Angeles Maritime Institute and currently docked in San Diego. Once the personal yacht of James Cagney, it has been teaching the youth of Southern California for over 60 years.

The other tall ship in California is the C.A. Thayer, a National Historic Landmark. This schooner is docked in San Francisco and is open to the public as part of the Maritime National Historical Park. This ship was built in 1895 and used to be used to haul lumber from Washington and Oregon. It also participated in the Alaskan salmon trade as well as cod fishing in the Bering Sea. It was purchased in 1957 by the state of California and transferred to the National Parks Service in 1977.

Plans for the Mystic Cruzar

The ship was purchased by Roger and Sarah Chrisman, who are longtime supporters of the Maritime community and the Santa Barbara Maritime Museum.

Once in the Channel Islands Harbor in Oxnard, the ship will become a floating classroom and education center, as well as a tourist attraction. It will provide programs for a wide range of groups and school kids. It will also sail up to Santa Barbara and provide educational opportunities there as well.

What is a "Tall Ship"

Despite the word "Tall" in its name, there is actually no height requirement to be considered a "Tall Ship". Instead it refers to large rigged sailing ships.

One of the most famous tall ships, is also the oldest serving vessel in the US Navy. Commissioned in 1797 as one of the first six ships built for the US Navy, the USS Constitution, aka "Old Ironsides", is still in service today.

Sailing tall ships has been around as long as tall ships have been. In Eurpoe, tall ship races were a common event. In one such race in 1972 an American by the name of Barclay Warburton III of Newport, Rhode Island became so inspired by the spirit and enthusiasm he saw from the international sailing community that he created the first sailing training institute in America.

Originally seen as a way to teach the youth about sailing and prepare them for a career at sea, it has evolved into a way to not only teach about sailing, but also about Maritime History as well as the environment.

One of the most well known sailing education programs is the "Semester at Sea" which offers high school and college students the ability to really experience the world around them.

The Resort in Thousand Oaks 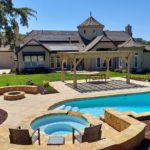 The Oasis in Camarillo 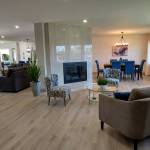 The Wildwood House in Thousand Oaks 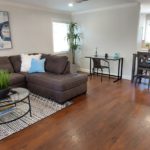 The 91 House in Thousand Oaks 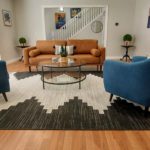 The Harold House in Simi Valley

Our Mission is to make sure that all of our guests have a 5 Star experience!